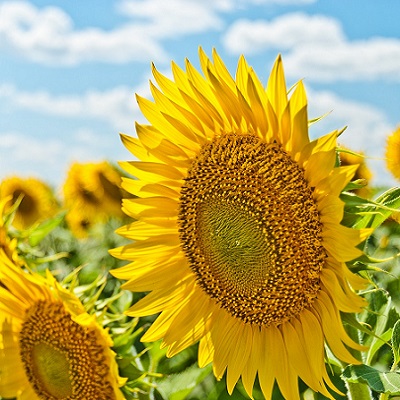 - Mr Staykov, what is the current trend on the agricultural land’s market?

- The trend in 2017 and what we see since the beginning of 2018 shows that the agricultural land market has become sober. We think that the value of the agricultural land in Bulgaria has reached some normal, real levels. Between the years of 2007 and 2015 (with the exception of 2009 when the financial crisis was at its height), the prices were increasing over and over again, because before that the land was underrated. Until the year of 2007, there was no European subsidy /grant/ but after that time many European programmes had been opened and farmers had accumulated a lot of capital. In the beginning, the competition was great but it was rather between the funds and currently there are many byers on the market. Every farmer has a possibility to buy, even during the past years there are many new versions for financial land leasing. At the same time there are no factors that can stress the market.

- Is there any possibility this calm situation to be changed in the near future?

- To happen this, a very big foreign investor must appear, who will invest more money and resources in order to sharply escalate the agricultural land’s price. Currently, the re-grouped plots of land /land consolidation/ in Bulgaria are several. Their price is much higher but this is between 3-5 % of the land’s price that is offered on the market.

The darkness to the new programme period, what kind of support there will be and what the conditions will be, lead to new land investments refraining. That’s why the market is balanced and there is not neither a supply, nor a demand. There are many market players but no one /with some exceptions/ dare to increase sharply the agricultural land’s price. The land’s price has already become expensive with a few hundred per cents and on some places it costs more than 1 000 BGL per decare, which, we think, is real. For the regions of Silistra and Dobrich, the price is between 1 600 and 1 800 BGL. These are the most luxuriant /fruitful/ regions, but the supply is low and that’s why the levels are so high.

- Periodically, the question to lead in a land-tax is being brought up. What is your opinion to this opportunity?

- There is no possibility for the Bulgarian farmers to pay a land-tax. Currently, we pay a corporative tax. Except this we pay dividends, as well as assurances, which is nearly 40 % of the total rate, which no one mentions. If a land-tax is led in, there will be too many taxes /duties/ for the farmers. Currently, the agriculture and tourism are the main sectors which are the most developed in Bulgaria but they try to put additional restrictions and taxes on everything. Except this, currently the farmers have a big problem because there is no algorithm to be checked. I will give you an example – in November they came to us to check the wheat which had been harvested long ago and even the same field was sowed with a new crop.

- Could you, please, make a comment upon the bill which is currently prepared. According to it, farmers together with the State and the Insurance companies, must make payments in order to keep out of natural cataclysms.

- For us this is very important and we firmly stand “For” a similar decision. As an association, we appeal to happen this but without the participation of the State in this process, things will not happen because even now we have hailstorms protection but the percentage of the territory of the country is very small. Every farmer must make payments and this is obligatory but I think it’s necessary the state to take part in all processes. The situation with insurance should be the same. Currently, many of us insure, but very rare the insurance companies pay out the damages. The insurance company always has some small lines down the paper and says that what had happened is not an object of our contract. That’s why I think the State should participate. There is no country in Europe with a modern agriculture which does not subsidize this field. It is not possible to be different in this respect because we not only have lost our old markets of agricultural production, but we are the country with the lowest subsidy and we are very hard competitive on the European markets.

- Exact this low subsidy does not let to pay the labour force as it is in the west countries. What is the exact situation?

- The agricultural sector is the same as the other sectors. Wages /salaries/ are many times lower than the ones in Europe. It is not possible to have small benefits but to pay European salaries and it is normal in this situation our workers to go to work in the old countries members. Europe is an open market for labour force. In our companies they are trained what to do, they work a year or two but we pay daily the same amount of money as they could take in the west for one hour. As a result, we lose already trained people. The problem is nation-wide.

- Do you take part in the process of describing of this Land Code?

- No. Currently we do not know what is happening but we believe that they will invite us together with the other big farmer organizations to take part. We have enough experts and we can help. It is important when all associations work together. If they do not invite us to participate, there will be something for which some money will be spent and later it will have to be overworked. The idea is once this Code is created, it will best serve all farmers and producers in Bulgaria long time. It should give assurance, so even there are new people who would like to invest, to do it easily and to return the investments they had done.

We work close together with the other associations. We help each other because what will be approved refers to all agricultural producers all over the country. The interest is common. The time when we can work together and in a dialog has come. I think that really we can work active since September after our presidency of the European Council and the active summer campaign.

- Everyone is talking about the need of a good hydro meliorative system in the country but we talk about great investments. How this problem could be solved according to you?

- I think that firstly projects should be done no matter what the financing will be. We must work on solving this problem. The South of Bulgaria, without irrigating will be affected by a strong soil erosion and we will destroy one of the most fruitful and the clearest lands in Europe, because it’s a fact – our European colleagues work with fertilizers and detergents for decades past but we have just started.

However, currently the Bulgarian water goes to Greece and Turkey but we do not irrigate. I think that many things must be changed and we can always find money. We will search for a European financing. Hailstorms payments will be deducted but if every farmer irrigates his crops that will lead to keep the soil and the production will be much more. Money which will be deducted per year as payments, will be returned many times but opinions on expert level should be taken into account. It is not possible to do it only with money. There must have a plan on which we can work long time and if it is not possible to do in the whole country, to start from the affected areas. Something must be done because we will start losing the land instead of cleaning and keeping it in a good condition.

Stayko Staykov, a Chairman of the Association of agricultural land’s owners in Bulgaria