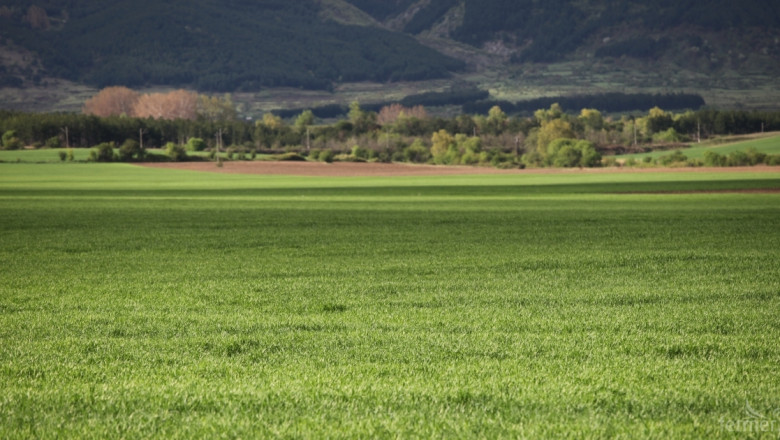 The Ministry of Agriculture, Food and Forestry (MAF) Opens a Public Discussion on its Views on the Future Land Relations Bill and the Protection of Agricultural Land

“The field office has published on its website a draft law, whose public discussion begins today, 27 August and will continue until 26 September 2018.

The project establishes an organised and coherent comprehensive land-use arrangement to overcome the shortcomings of the present regulation in separate and different normative acts, to eliminate the contradictions between them, to give a comprehensive, sufficient and optimal regulation, consistent with the current public relations in the country ", as the main aims of the document state. The basic rules of ownership and use of agricultural land are regulated in the Land Ownership and Use Act (ZSPZZ), which was adopted at the beginning of the 90s as an important part of a group of laws aimed at conducting the process of restitution and organizing the land relations resulting from it.

See some of MAF’s ideas on key points below:

In the chapter “Consolidation of Agricultural Land by Ownership" a possibility that the map of restored property and cadastral map and cadastral registers can be modified in view of the creation of consolidated agricultural land plots by order of the Minister of Agriculture, Food and Forestry, is provided. It is foreseen that the change in the way of permanent use of properties included in the scope of the specialized layer "permanent grassland" can be carried out only after their exclusion from the layer by order of the Minister of Agriculture, Food and Forestry. It is obligatory for the MAF to maintain a specialized software product for each land, in which the municipal services are obliged to register the submitted regulations for use of agricultural land (contracts, administrative, judicial and other Legal Acts demonstrating the possession of a right which includes the right to use agricultural land, as well as agreements on their modification or termination, concluded in compliance with the requirements for the specific form.

In addition, the lease agreement on agricultural land for a period of over one year, as well as the arrangement for its modification or termination, should be concluded in writing with notarized signatures of the parties and be subject to registration with the land registry office of the property's location. Where the lease of agricultural land with a term of more than one year is concluded by the co-owner or co-owners of agricultural land having more than 25% of the ideal parts of the property or by an authorised person, it is indicated that the duration of the contract is up to 3 years, under the terms of art. 229 of the Obligations and Contracts Act.

Authorization must be given with the explicit power of attorney with a notarized signature of the grantors. It is explicitly stated that in these cases the relations between the co-owners are governed by art. 30, para. 3 of the Property Act. A new approach is foreseen to ensure the rights of the owners of the so-called "properties-white spots", namely the order with the Director of the Regional Directorate "Agriculture" approves the massifs for use, which is valid after payment of the amounts due for the use of the properties. Where a participant has not paid the sums due within the prescribed period, the Director shall exclude his/her designated "properties - white spots" of the agreement.

With regard to the land of the State Land Fund (DPF), it was found that neither the law nor the rules give a clear definition of the term "State Land Fund" and the Institute is important because it has a broad practical application. The definition is derived from provisions of the two normative acts in a systematic interpretation, and there is in some cases a discrepancy. The rules on the use and disposition of the UFF land are not systematically laid down in the law and the Rules of Procedure, there are no clearly defined institutes concerning the management and disposition of farmers from this fund, and the land in the former farmyards – a private state property, which requires that the relevant provisions be sought in all the law and regulation and the relationship between them. In addition, the practice of applying part of the written procedures shows that they need improvement, in view of the new socio-economic conditions in the country.

In view of the findings, in the new legislation the existing laws and regulations relevant to the agricultural land of the DFF and the former farmyard lands are systematized in successive chapters and sections, in some of the procedures new rules for the management and disposition of these lands are being introduced as follows:

– A legal definition of the scope of agricultural land which is included in the notion of ‘State Land Fund’ is given, thus distinguishing them from land in the farmyards, part of which do not constitute agricultural land and have land status – private state ownership, which are managed by the Minister of Agriculture, Food and Forestry in way different from that for agricultural land;

– The powers of the Minister of Agriculture, Food and Forestry for the management and disposition of the land from the State Land Fund have been clarified with a view to the later new procedures currently in force;

– General considerations are laid down by the state and the Municipal Land Fund for the agricultural land on its status, purpose, management and procedure for use by tender and without tendering at market prices, with minimum and maximum time limits for leasing for the cultivation of annual arable crops and for the establishment and cultivation of permanent crops;

– In the procedure specifying rules for renting agricultural land by the State Land Fund or lease through a tendering procedure, the time limit was changed (from 31 March to 15 February of the current calendar year) to which the Minister of Agriculture, Food and Forestry issued an order for the opening of the auction for the following marketing year, given that the current period slows the conduct of the auctions and the award of the contracts, which makes it difficult to include the leased properties in the array-using agreements stipulated in the law;

New provisions are laid down which allow registered farmers up to the age of 40 to participate in the auction for leasing agricultural land by the DFF for rent or lease, for properties defined by the Minister of Agriculture, Food and Forestry in an approved methodology, in order to encourage young farmers to set up farms or to expand existing ones, with a view to European regulations for the rejuvenation of the sector; – The competitive procedure for renting or leasing lands by the State or Municipal Land Fund will be abolished, given that the conditions for the competition are determined by the discretion and criteria set by the Minister to whom a certain range of entities reply and may be considered to be subjective and not so clear and transparent as laid down in the tendering procedure in which all interested parties can participate, in conditions of free competition. It should be noted that over the past 15 years, a competition for the lease of farmland from the State Land Fund for rent and lease has not been conducted; – The provisions concerning renting of agricultural land by the State or the Municipal Land Fund without an auction procedure, have been clarified and the exclusion of leasing of undersized and unused for a period longer than two years agricultural property, was proposed. The stipulated procedures will also concern the lands of the Municipal Land Fund; – The procedure for distribution of municipal and state pasture and meadows is refined, as a significant point is that the relevant commissions will allocate in the existing sequence first estates from the two funds in the area where the animal farm is situated. Once the resources from municipal and state lands in the same land are exhausted, properties of the other two neighboring fund territories will be allocated; – An annulment of Order No 19 of 2012 regarding construction work on agricultural land without change of purpose is foreseen and the provisions of the same will be included in the bill. A prohibition of construction work under Order No 19 of 2012 on agricultural land with permanent use status under the categories of pastures and meadows included in the layer "permanent grassland" will be regulated; – An explicit document will be required proving the period of validity of the decision to change the use of agricultural land for non-agricultural purposes for the execution of a concession contract; – The payment of a local fee, determined by the municipal council when changing the purpose of agricultural land by the Municipal Land Fund, is abolished. The hypotheses under which the municipality has to pay for itself a fee for changing the purpose for land use by the Municipal Land Fund, will represent cases in which no fee is actually paid, because the owner of the land actually pays this fee to himself. That would be contradictory on the grounds that in case of a change in the purpose of use of agricultural to non-agricultural land, a fee is paid because it ceases to be used according to its main constitutional purpose. The main argument when changing the purpose of the land use, are the qualities of the agricultural land, not its ownership.

With regard to administrative penal provisions, the powers of issuing penal decrees in relation to violations of the new bill will be comprehensive. It is proposed that the sanction \/fine in criminal decrees issued against persons who use agricultural land for non-agricultural purposes to be defined as 10% of the doubled size.