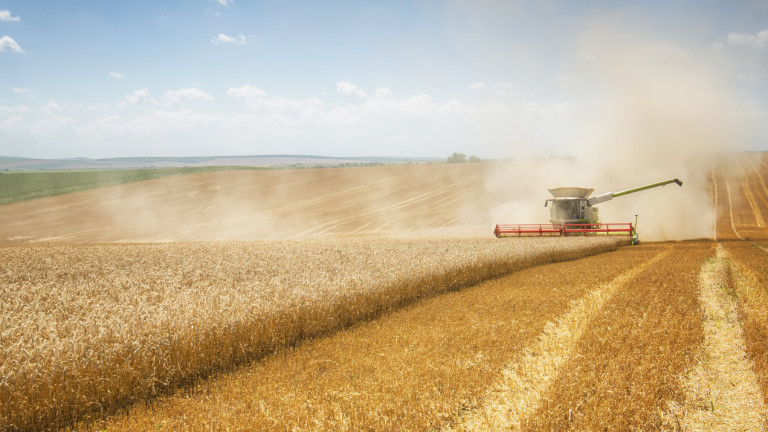 Stayko Staykov, Chairman of the Board of Directors of the Bulgarian Association of Agricultural Land Owners: "Europe has assigned us the task to play the role of the reserve granary"

"We will not be allowed to develop fruit and vegetable growing because we will harm the old Member States," says Stayko Staykov. Stayko Staykov is chairman of the Board of Directors of the Bulgarian Association of Owners of Agricultural Land. In an interview with Standard newspaper, he commented on the new CAP, the agricultural land market, and his idea of creating a common chamber of agriculture.

-Mr Staykov, a national plan for the development of agriculture will be drawn up in relation to the new Common Agricultural Policy/CAP/2020-2027. Is it possible that there is a change of priorities in our country?

-I think what we're doing right now is not going to change. The backbone of Bulgarian agriculture is conventional and large farms, which grow wheat, rape, barley, coriander-annual crops, which can not be grown on small size areas. This is what Europe assigned to our country in terms of agricultural products. Bulgaria is the reserve granary of Europe, together with Hungary and Romania. Our land is the least contaminated because certain fertilizers and chemicals have relatively recently been used. And a lot of grain, especially the high quality one, is sold in European countries. So I see no reason to change this strategy. Besides, Europe is not going to finance us for cooperative support, for example, for fruit growing or anything similar because this way it will negatively affect the farmers of the old Member States. Farm hand is highly-paid and they wouldn’t allow us to get involved in this area of agricultural production.

-Yes, but we have traditions in fruit-growing as well as in vegetable growing. If we insist, is there no chance of fighting back?

-In Bulgaria not only the most delicious but also the oldest varieties are grown, which however are perishable. We don't have irrigation everywhere, which is a big problem. If we have to change the whole concept for growing perennials, the investments needed will be huge. In order to make this kind of investment, you have to have markets. For example, there are many vines, most of them planted thanks to European programmes, which, however, could not find a place in the European market. And right now, there's no one to sell the wine to. Wine cellars in Bulgaria are becoming more, more vineyards are being grown, we have witnessed that this year people were forced to throw their grapes production because there was no one to sell it to. Conventional agriculture is much less profitable. But on the other hand, grain is a stock commodity that has a very fast return on investment. And even if the profit is insignificant when it is quick, it's still somehow beneficial for Bulgarian agriculture. As there is no one to buy our permanent crops, such as our old varieties, we can not reinvest, we do not receive a lot of support, such as the one Greece has. Greece is undercutting our prices, and there's no way to change that. I believe that Europe will continue with this policy. In the new programming period, regardless of whether or not there will be a ceiling put on the subsidies, it is certain there will be an increase in the funding for both the rural areas, and for green payments as well. Therefore I don't think we're going to change anything in Bulgarian agriculture. I think that traditional and conventional agriculture will become more intense, better. We already have a good practice, we use better chemicals, fertilizer, a lot of things have changed. However, we can't influence the climate. The problem in southern Bulgaria is a trend with a higher number of warmer days and subsequently smaller yields.

-And what part of the agricultural land in Bulgaria is consolidated?

-There are partially consolidated land plots, some of them large, but those are very few. Besides, that can not be defined precisely as consolidation because land consolidation includes large agricultural plots and territories, infrastructure, irrigation, drainage. There are very few of these plots left. Currently, mainly plots in size between 5 and 50 acres are bought. Our idea for the members of the Association is to exchange and thus consolidate agrcultural land plots. Hopefully, we will have a chance to get into an irrigation program. In other branch organizations there are many farmers who are willing to work with us. It's time we set up branch chamber where we're all going to participate. And when we have more trust in each other, things are going to happen easier.

-If you would like to unite in a Chamber of Agriculture, you must set goals that are recognized by all branches

-I think we all share the same opinion as regards the agricultural land law. I am referring to the new project, which was sent back for revision, and in which we all participate in the operational group thanks to the fact that we have common interests and we foresee common problems. We have experts who work together with the Ministry of Agriculture, Food and Forestry (MAFF). Concerns are similar because our members possess agricultural land all over the country. If we do not comply with the Constitution, we violate the rights of the owners-therefore the law was suspended because according to Art. 17 of the Constitution private property is inviolable. Lots of details under the law were decided upon very quickly and perhaps, unintentionally, a lot of mistakes were evident. Over 3.5 million Bulgarians are owners of whole or co-shared plots of agricultural land in joint ownership. We can not ignore their opinion. We are together in everything, we have offered help to the MAFF, they have accepted it and now work with us, so we will continue forward in the same manner. The idea of a common chamber of agriculture is to unite the branch even further. There will be representatives from all the associations that we will be able to trust. I see no reason for any misunderstandings to happen between the representatives from the whole industry.

-You mentioned that there have been a lot of deals lately which see foreigners sell their land. Would you give more details?

-We are talking about foreigners who have acquired land in Bulgaria for investment in the secondary market through intermediaries from the primary market. They paid 200-300 BGN per acre and consolidated the land. Prices are now rising with an acre in northern Bulgaria reaching over 1000BGN. Owner probably do not expect a further rising in the prices, such as the one witnessed in previous years. That's why they have decided to let go of this particular investment.

-And what happened to the widely planted chickpeas? Why did farmers select this type of crops in particular?

-Chickpeas is nitric acid fixative crop and there is an additional payment for that in the subsidy. For two years, chickpeas retained a good price, especially in southern Bulgaria, where no corn is grown. In previous years, coriander was also grown in southern Bulgaria. But its price fell because the Russians started producing coriander at a very low price. And then hope was directed to chickpeas. But we had overproduction. And at the same time the countries that import chickpeas, had a good year. And it turned out that from 2BGN per kg, the price dropped to 30 cents. Most of the farmers needed money and sold it at a price next to nothing. This automatically incurred them huge losses. And if they have a bank loan for the land or for some other purpose, they can go bankrupt.

-The new CAP is expected to give greater preferences to young farmers. What would you advise a young person who knows about these preferences and decides to start dealing with agriculture?

-Many people see the young farmer as a man who will receive a specific amount of money and make a profit out of it. However, Europe's requirements are very strict, jobs need to be created, there is real work to be done. A lot of years must pass, during which an entrepreneur makes a lot of expenses and has to do a lot of work, before they make a larger profit. Right now, people think they're going to take some easy money and that's not the case. Moreover, in most cases they are penalized and lose money, which is taken on loan or in some other way, and that leads to huge losses. Some people want to return from abroad and become young farmers. But it is very difficult if someone does not help them. For they neither have the land, nor have they the means, nor the experience. It all depends on the climate, the crops, whether or not there are natural disasters. It is a factory under the sky, it is very difficult for a person to embark on such an endeavor without having a partner. And if unfortunately during the first year there is some upheaval within the business, it's going to bankrupt. Care should be taken when selecting consultants. All programmes and commitments must be read with extreme care. Bulgarians usually sees the money and does not see the commitments behind them. Europe gives a lot of promises, but it is also increasing the commitments and they will be clarified after the election of the new European Parliament. So I can't advise anyone to carelessly risk and become a farmer. A good agronomist is a prerequisite and they turn to be very expensive specialists and very difficult to find. Extra funds are also needed. Being a farmer isn't as simple as it looks.