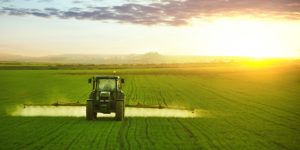 The Law On Fuels Is Back To Its Initial Position

The Ministry of Economy, governed by Mr Emil Karanikolov, changed its strategies several times on how and whether, if at all, additional regulations for the petroleum sector are needed

The Law was introduced to the National Assembly last year by MPs from all parties headed by Mr Emil Dimitrov-Revizoro, with the main aim of fighting the grey economy in the fuel sector. However, the Law would have incurred more expenses to smaller-sized companies; it would have also restricted participation of new players and thus limit competition. The law entered into force on January 28th. Protests followed, with the president of KRIB Kiril Domuschiev, the owner of Insa Oil, Georgi Samuilov, farmers and mining companies, all strongly opposing it. Ultimately, adjustments were made with the aim of facilitating the requirements for small-size fuel retailers.

In the meantime, amendments to the texts were approved in order to solve the absurd situation incurred to both the mining industry and the construction business, which were suddenly facing the situation of being unable to load their machines underground or on highways under construction, on which petrol stations were yet to be build. The Government decided to postpone the enactment of the law by six months, i.e. on July 1st, by postponing the entry into force of the Ordinance under the law for up to six months deferment. In turn, businesses in this particular sphere must be registered as such up until three months after the law’s official entry into force.

The sectoral Law on Fuels will undergo major adjustments, with many regimes to be significantly alleviated as it becomes clear from the proposals, published by Strategy.bg, on the changes in the law on the administrative regulation of economic activities related to oil and products of petroleum origin.

The requirement for wholesalers to be in possession of at least EUR 1 million BGN is to be abolished. Instead, the amount of the minimum capital required, will be differentiated according to the size of the business. Smaller-size retailers will be given the option to have their establishment portable, i.e. modular. As for construction companies, they will be able to supply fuel to both their own and for vehicles rented, as well as for vehicles leased to subcontractors. The above changes are offered shortly before the expiration of the 3-month period for the entry into force of the current Law – October 26th. The current sectoral law on fuel was requested by large companies in the Bulgarian Oil and Gas Association.

In the meantime, however, after "meetings and consultations with representatives of inter branch organizations" of all stakeholders concerned, the current changes were offered by the Ministry of Economic Affairs. The basis for these changes, as quoted by the Ministry, lay on a decision taken by the Commission for the Protection of Competition of March 2019 and on the Commission's sectoral analysis, which says that the project introduces new and significant barriers to the entry of new market entrants, establishes procedures that create and support monopolies, with prices being dictated by those monopolies and limiting the opportunities of end-users in smaller regions.

For retailers, there is no longer a strict requirement that their gas station be permanently attached to a real estate as there is already an option for it to be modular. Builders will be able to supply subcontractors; the proposal comes from the Chamber of Builders in Bulgaria.