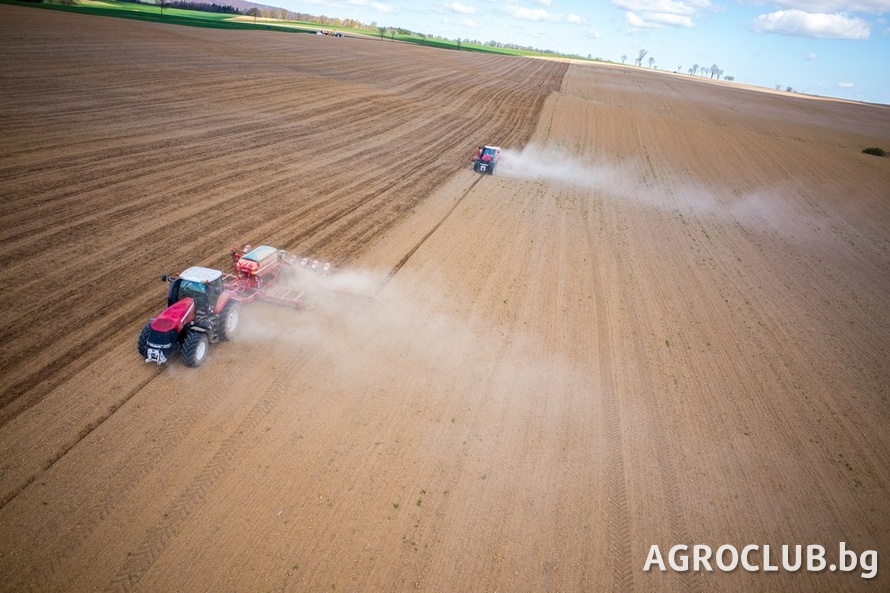 Stayko Staykov, “Agricultural land will continue to be more expensive in the next ten years”

“Agricultural land will continue to become more expensive over the next 10 years with the focal point of the tendency being its support and sustainable long-term use”, said in an interview with AgroClub Mr Stayko Staykov, Chairman of the Bulgarian Association of Owners of Agricultural Land (BAALO).

- Mr Staykov, what are the main priorities in the new CAP 2021-2027 as regards the efficient use and development of land resources?

- The Bulgarian Association of Agricultural Land Owners is aware of the importance and the meaning of the Common Agricultural Policy and we believe that its objectives can be achieved only by means of an open and honest debate in which all stakeholders concerned participate. State authorities and the NGO sector involved in the agricultural industry must unite around the main national objectives and priorities. In our opinion, the budget assigned for agriculture in Bulgaria should not be reduced. Convergence of payment levels between Member States needs to be prioritised. With regard to tied support for livestock, fruit and vegetables, financial assistance should not be reduced. It is important to provide a budget for projects in the area of agricultural land consolidation and hydromelioration. Each State must be given the opportunity to decide itself on the payment ceiling.

- According to BAALO data, the appreciation of agricultural land is between 5% and 7%. As far as official statistics are concerned, it is natural for it to differ from BAALO data. NSI uses statistical data, while BAALO provides empirical data on transactions and annuities.

Since last year, agricultural land prices have gradually begun to rise again. Interestingly, the lower limit of this growth already represents a minimum of 5 percent within just one year, which is not at all insignificant. The prices of the productive regions have already risen up to 1000 BGN per acre, and this is only the starting price at which they are negotiated. The land plots discussed are situated in regions where there is an interest towards profiting from agricultural activities.

In our view, agricultural land will continue to become more expensive over the next 10 years, with the focal point of the tendency being its support and sustainable long-term use. We expect a balance between demand and supply, with no unexpected upheavals.

- What are the prices of farmland?

- Traditionally, the most expensive agricultural land is in Dobrudja region, where deals are concluded for about 2000 BGN per acre or even higher. However, there is no serious supply. In the north, there is no longer cheap agricultural land, except for the districts near the Balkan region and Stara Planina Mountain. In the most attractive regions of southern Bulgaria-near Burgas, Stara Zagora, Plovdiv and Pazardjik, the price per acre is between 800-1000 BGN. In some territories of Stara Zagora region there are prices of 1100-1200 BGN/Acre, and there are single deals for 1500 BGN/Acre. The lowest prices are in Strandja, Sakar, Haskovo and Harmanli, as well as in Kardjali and Smolyan, where arable land is scarce. A similar situation is witnessed along the River Struma, where Greek companies have been working for years. Prices do not go above 1000 BGN per acre.

- Some big companies are selling large parts of the land they own, how does this affect the market?

- The use of the so-called "white spots" often proves to be a stumbling block in agricultural land relationships? In your opinion, in what direction should we work to overcome this problem?

- The problem is very serious. Although there are no official statistics on white spots, they represent about 2 million acres which is almost 6% of the total of 36 million acres of arable land. As you know, these represent agricultural lands whose owners neither cultivate nor manage them and these properties are distributed by agreements or by municipal agricultural authorities to the farmers. Most often the problem lies in the fragmentation of the plots and their possession by many owners (more than 10 people), who cannot be found. It is not uncommon for the land to be rented or leased with no official agreement signed by its users. The above would not be possible without the mechanism specifying the terms and conditions of agricultural land use and which would also provide the legal basis for cultivating and subsidizing rented land. BAALO strongly opposes redistribution of agricultural land by the state of its own motion, with the purpose of cultivating it and we are also strongly opposed to the texts included in the Bill on Land Relations and the Conservation of Agricultural Land adopted in August 2018.

- Do you expect that the secondary market in agricultural land will have a key role this year?

- Yes, this is a logical trend. With the development of land relations, the secondary market is developing as well. I want to draw attention to the lack of a National Agricultural Bank. It is high time for such a body to be created because the development of modern land use is impossible without such an institution.