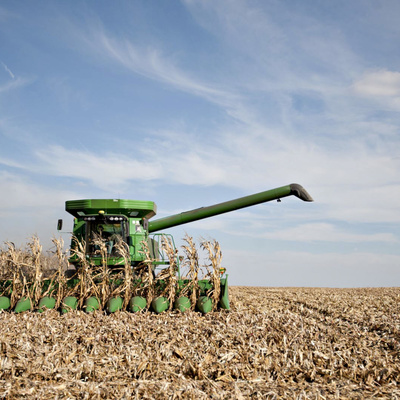 Land consolidation without irrigation is impossible to happen

One of the problems of Bulgarian land use is the rapid depopulation of the Bulgarian village and the lack of manpower in the agro-sector, said Stayko Staykov, Chairman of the Management Board of the Bulgarian Association of Agricultural Landowners.

Mr. Staykov, the Law on the Ownership and Use of Agricultural Land is again in the centre of attention because it is once again subject of additions and amendments. Does your organization have a position on the land legislation?

Right now I cannot comment on the legislation. We hope that, after our presidency of the Council of the European Union, when it becomes clear what the new rules in the Community will be, the new Land Law will be adopted. Non-governmental organizations and state commissions need to be assembled so that a workable law comes out. It is high time to summarize everything in the new Land Law. Making partial changes that we know can work at first but then will have a negative effect too is very superficial. So firstly, Europe has to make its long-term planning and to specify its budget, so that each farmer understands what he will get in the future and how to plan his investments. All branch organizations need to make suggestions to the Ministry of Agriculture and Food so that a workable law that includes problems such as land consolidation, irrigation and so on appears in the near future.

All this sounds good, but it looks a bit unreal. As we know, the new Land Law has fallen somewhere, and all parties in the Parliament continue to disguise the most rectified Law in Bulgaria – this on agricultural land. Do you see the deadline for the adoption of the new Land Law?

I think that after our presidency of the Council of the European Union, the government and the farmers in Bulgaria will have a clear idea of what will happen in long-terms. This would allow us to work faster, but things depend on the decision-makers. I know that all branch organizations will support the process in any way because everyone wants to know how to plan their future investments in agriculture.

However, the first version of the Land Pandect has received a lot of criticism from farmers. How will this change in the next project?

We made an offer to the administration to form working groups with broad participation of the branch organizations. It isn’t a coincidence that at the regional forum in Sofia for the Future of Agriculture we invited the representatives of the big branch unions, including the European Organization of Land Owners (ELO). Our future goal is to solve the problems in agriculture together, as they do in other European countries. It is clear to everyone that both this and the next programming period will be closely linked to environmental protection measures as well as to the implementation of sustainable agriculture. This should guide us in the legislative regulation of the land market.

When a group for the preparation of the new Land Law will be established?

I suppose we could work actively on this document from the middle of 2018, when our Presidency of the Council of European Union is over. Then we will know what we have to do, because it is pointless to prepare a new Code, as we do not know the conditions which the European Union will develop after 2020. You know that land consolidation without irrigation is impossible. From our five pilot projects that the association has been implementing so far, it is clear that the effect is good. But it must be promoted through state policy. That is why we will wait for the new legislation from Brussels in order to know in which direction to work and together with the state to create a working document that will operate for at least 10 years. We cannot constantly make changes in Bulgaria.

China is becoming a big economic partner of ours. Recently, the Executive Director of the Bulgarian Investment Agency, Stamen Yankov, said that it is difficult to say how much land Chinese investors have in Bulgaria, but admitted that they possess land all over the country. Do you have any data on how many Bulgarian agricultural lands have been bought by Chinese so far?

In my opinion, the Chinese do not invest in Bulgarian land. There is one company that is said to be Chinese, but the amount of Chinese investor's property is very small and I cannot comment on it. I think that with this fragmentation of the agricultural land, even the Chinese have no interest in buying it. However, as Stamen Yankov himself mentioned, there is a forage factory in Dobrich, lands in Northwestern Bulgaria, as well as in southern Bulgaria. An investor or a group of investors created a farm near Vidin and presented the projects in public space. These are the same investors in southern Bulgaria, but they have reduced many of their holdings after dropping agro-environmental measures. There is no problem with the Chinese, moreover they cannot buy farmland by law now. This is by law, but in fact all foreigners who want to buy do it through companies.

In my opinion, there is currently no boom of Chinese investors looking for farmland in Bulgaria. They invest in other industries where they have greater security at this time. There is interest in the Bulgarian land, but every big investor who comes here face up with the problem of land fragmentation. Even our association with agricultural land funds cannot respond to this demand, because if consolidated land is found, there will be no irrigation. That's why no one will risk to invest here.

Is there speculation with the purchase of land by foreigners because many Russians, even Arabs, have already bought agricultural land?

Very often they rent land, which is not illegal, or participate in Bulgarian companies. We are fighting for this - for more and more investors in Bulgaria because they are the people who will open additional work places. There is no industry in the country that is developing and does not involve foreign investments.

Is there exaggeration of the ban on the purchase of agricultural land by foreigners?

Even now there is a criminal procedure against Bulgaria and this is the subject. Negotiations with the European Commission are going aiming to alleviate the regime in the four countries threatened by Brussels to be sanctioned because of the ban on sale of agricultural land to foreigners. We are European communities that have a common budget and legislation, so there must be present all the conditions for Europeans to invest in agricultural land in our country.

Which are the three biggest problems of the Bulgarian agricultural land use?

The first problem is the land consolidation, the second is irrigation, and they cover a lot of the other problems because the consolidation comprises all the problems of land ownership and agriculture. The third may be the rapid depopulation of the Bulgarian village. We have to get people back in the villages somehow. This will happen if the land is consolidated and can bring farmers enough income. When there is good irrigation and facilities, and young people can earn their livelihood, they will return to agribusiness there. The consolidation also includes changes in the infrastructure. In the villages even the roads are destroyed by heavy machinery.

Does not this mean a radical change in the policy that has been taken so far? Recently, the Institute for Market Economics has reported that Plovdiv has as many work places as there are in North Bulgaria for a year. Concentration is present. How will the trend reverse?

In my opinion, the real problem is how to keep the educated and working young people in Bulgaria because there is labor shortage in agriculture everywhere. The conditions in Europe are much better and that is why other European countries naturally pull our staff. For example, Plovdiv and Sofia are a springboard for Western Europe. But while the standards in Sofia and Plovdiv are much higher, in the former regional cities the population is diminishing twice. Perhaps an exception is made by Varna, Bourgas and the Black Sea Coast because of the tourism. But there's also an outflow of intellect. I still believe that many people with good education and skills gained in Europe will return to Bulgaria.

What kind of steps can be taken to make this happen or at least how to prevent a large part the young people from leaving our country?

The idea of ​​our Presidency of the Council of the European Union is to discuss precisely these things. We know that Europe will allocate much more funds to Bulgaria for agriculture and infrastructure next year. If this money is properly assimilated, they will lead to investment and the establishment of more new work positions. Personally, I believe that with a higher standard and better conditions, Bulgarians will remain in Bulgaria.

Does it mean that you are optimistic for the coming years?

As we are here in Bulgaria and invest here, we are optimistic. I believe that it is good to attract foreign investors as well, because if there is communication and competition there is development in every field, not only in agriculture.

Do you expect any movement in agricultural land prices?

At this point, there is between 5% and 10% growth in prices on an annual basis. In recent years, there is not much offering , as well as not big demand, and no big deviations. The only difference is in plots for permanent plantation. Larger plots around 500 decares are sought and such deals are made by direct negotiations. According to the region - whether it is in the North or South Bulgaria, whether it is being watered, I think next year the price increase will continue, but I do not see any stress or some huge investor to come in Bulgaria. We should not be mistaken that any kind of land is being bought at the moment. People, who are looking to buy, want consolidated piece of land in order to invest permanently. At present, our land is fragmented. In southern Bulgaria the average plot is not more than 6 decares - 7 decares, in the north is about 10 decares and the partition between the heirs continues. According to our association, the problem of land consolidation is current and should be commented on and worked on it. Being said about the land consolidation, it is also necessary to think about the irrigation problem. I think any bigger farmer who invests in the future will face this problem as much as we as an association at the beginning have announced that we are doing a consolidation projects. Now, farmers have become large owners and want their plots to be replenished. The goal is if at one point they decide to sell the farm, they will sell a whole business, not only pure agricultural land.

And what happened to the World Bank's irrigation strategy in Bulgaria?

It had to have started long time ago, but that should be commented on by the government.