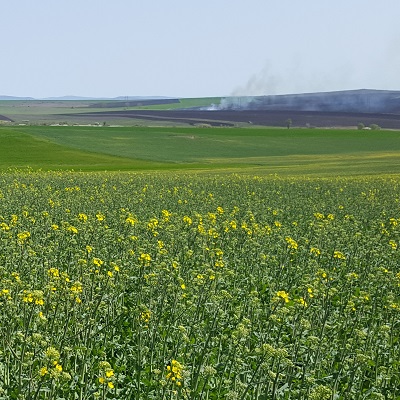 The land's market is stable, prognosticated, without any shocking circumstances that could surprise the participants in it, says the Chairman of the Bulgarian association of the agricultural land's owners.

Mr Staykov, what is your evaluation of the actual condition of the agricultural land’s market in Bulgaria? What was the movement of prices and ground rents in 2017 and what are the trends?

In confirmation of my prognosis in the beginning of 2017, now I can responsibly say that during the last year the agricultural land’s market was stable, prognosticated, without any shocking circumstances that could surprise the participants in it.

All main factors that have influence on the agricultural sector show that after the permanent progress during the period from the year of 2007 to 2015 (exception the year of 2009), currently we can see a long lasting market stabilization. The minimum price growth is up to 5 %, as this also could be marked for the ground rents. I expect this trend to be kept for the current year of 2018.

Has the land market reached its highest point and did the time of speculative interest finally finish?

I think currently the prices are real for the value of the Bulgarian land. Not in vain, its quality is one of the best in the world. It is proved by the varieties of agriculture type that can be practiced by the users. There are still lands where exteremely high prices are being artificially supported but I’d rather think these are rare cases and we cannot talk about great speculative interest.

What kind of land do the investors search for?

Having in mind the priorities of the Rural Development Programme for the next several years, namely the intensive support of fruit-growers, market-gardeners and stockmen, I think that renting or purchasing is directed to big plot of lands. These are such massives where the land could be irrigated by drilling or another method.

Are there displacements of the players of agricultural land’s market? Is the investment profitability decreasing?

Led by the most important rule, that the land is a resource that cannot be produced, I expect the investments in agricultural land to be continued. People who do that will just decrease the purchases’ intensity and will begin to analyze the deals in details.

In the future, the serious investment intentions of the market will be directed to those who want to accomplish agricultural projects, but not to unknown investors only looking for profitability. From that time on, a complex of some factors will be important – a large-scale plot of lands, access to communications (water supply, electricity), labour force availability in the region, access to a road infrastructure, etc…

What are the risks when purchasing agricultural land and what are your advices to avoid them?

As every fastly liquidated stock, the land is not an exception. It is necessary to be careful when purchasing land. The most often abuses with people who would like to purchase a property, are connected with land’s quality. Many of them had bought uncultivated plot of lands but they had paid too much money for them. That means we must check if the property is being cultivated or not.

Burdens are also a hidden minus when purchasing land and if it is not checked, it turns out that we had bought a property with long-lasting contract that had been concluded for low rent. It automatically devaluates the investment. As a whole, I recommend to all people who would like to buy agricultural land, to turn to specialized agencies – people who have already proved in this field.

How does the policy of land consolidation go, that the Bulgarian association of agricultural land owners conducts?

We continue to attract more and more members so that we succeed to increase the potential areas which will be re-grouped in the future. Each project is accomplished with the help of the state. For this aim, we tightly keep in touch with the state administration on expert level. We hope that the Land Code will be approved very soon, in particular the Land consolidation Law so that the re-allocation projects to be accomplished easily.

Statistics shows that for the last year, the least number of agreements to rent an agricultural land had been concluded since 2008 up to now. How would you explain this?

I do not know this information but if there is statistics how many of the plots all over the country have already rented for a period longer that one economic year, an accurative answer of this question will be given. I can add that many of the agreements for previous years have concluded for longer periods of time and they have not expired yet. Respectively a new re-negotiation is not necessary.