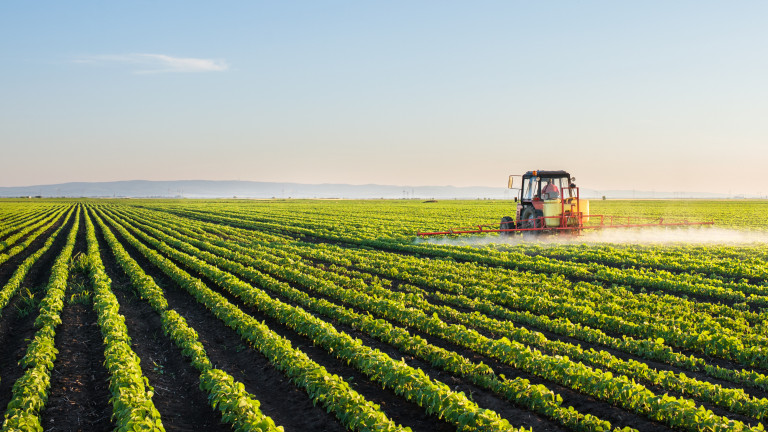 Stayko Staykov, BAALO chairman, “Farmers are stressed because of the uncertainties surrounding Brexit and the future Common Agricultural Policy

A partial alignment of European subsidies will be a success for the Commissioner for Agriculture Janusz Vojciechowski, believes Mr Staykov

-Mr Staykov, do the uncertainties around Brexit and the future CAP have an impact on the agricultural land market and if so, in what way?

All are apprehensive, and that is reflected on the current stagnation characterizing the market. It is not yet clear on what terms the UK will leave the European Union and how this in turn will affect the budget of the future CAP – will the subsidies for direct payments be reduced, will payment ceilings be introduced, what money will be released for irrigation, etc. These questions are keeping the farmers in apprehension. Of course, the ambiguity of the situation has an impact on the agricultural land market, but the tendency for a smooth growth of prices is maintained everywhere we have deals. Farmers currently pay annuities, buy fertilizers, chemicals, seeds, fuels – if they do not get the subsidies paid in time, they will have to withdraw loans. In this sense, hardly will they purchase land and will it be on the agenda for them, except for the big stock market players.

-Although the agriculture in Poland is much better developed than in Bulgaria and Romania, for example, it can be said that there are many similarities. It is therefore reasonable to expect that Mr Janusz Vojciechowski will defend the policies that the newly-joined Eastern European countries are looking for. I strongly doubt that countries such as Germany, France, Italy and Spain will allow the alignment of subsidies for agriculture, but we can at least insist on and hope for a partial one. Equalisation of subsidies will mean that the countries of Eastern Europe become a direct competitor on the common European market. Given the quality of our fruits and vegetables, for example, we would be a threat to farmers from Western Europe. I don't believe that's going to happen though. On the other hand, sooner or later, a smooth alignment of subsidies for all European countries must happen because inflation has taken its toll on subsidies in Bulgaria and they cannot remain of the same amount as 10 years ago.

-Bulgarian grain producers are increasingly voicing complaints that it is difficult for them to be competitive on the market, in this respect, what change is needed in the agricultural policy?

-Imported fertilizers, chemicals, seeds – prices are constantly on the rise. It turns out that we help the European economy and at the same time they are threatening us to reduce subsidies after Brexit. That is why Bulgarian farmers seek justice. Their anxiety is related to the fact that nothing specific is known about the future Common Agricultural Policy yet. This causes farmers to refrain from abrupt movements because the future is unclear. If subsidies are reduced or ceilings are introduced, this may lead to a reduction in annuities, even to a refusal to cultivate land. And although the land is the most valuable resource, if it does not bring profitability, this may lead to the abandonment of whole areas. But that's just a guess. Even with the current subsidies, we are not competitive, let alone if subsidies are reduced. I would therefore like to believe that the Mr Janusz Vojciechowski will have the power to fight for better agricultural policies for the Eastern European countries. We have wonderful conditions for the development of agriculture; we just need to be given the chance.

-How can we help our own selves in this battle?

-By being united. It is high time we established a National Chamber of Agriculture in which all branches will be members of and to defend our interests together. When the branch is united, the problems are addressed more visibly and clearly and a solution is found much quicker.